What to Call Your Google+ Maps My Business Places Listing Thingy

So which is it? What’s the right way to say it and why?

I ended up consulting with Ben Fisher a Google My Business Top Contributor to make sure I had my facts straight, so thanks Ben!

Should You Say Google My Business Listing or Google Maps Listing?

There was a time when each of these names was used so don’t feel bad if you have ever been confused:

If you really want to dive deep into all the past changes in local read A Brief History of Google’s Local Search Efforts, and for a more recent recap read, Timeline of Local SEO Changes in 2018.

Just to be clear, Google+ is Google’s social media platform and it is not the same as your Google My Business listing. For a while, Google did entangle the two but began separating them in 2015.

Places Where Your Google My Business Listing Can Show Up

So now that we know what it’s called, where can Google My Business listings show up?

“Manage how your business information appears across Google, including Search and Maps, using Google My Business—for free.”

These could be accessed on desktop devices, mobile devices, web browsers and apps. Here is a summary of the main places you can use Google Search and Google Maps to view Google My Business listings.

There are different types of Google search results so I wanted to go into a little more detail so that you’d know exactly what I was referring to above.

TIP: Whitespark’s Local Rank Tracker tracks all of these results for you!

Where Can You Make Edits to a Google My Business Listing? And What’s The Difference?

#3) Google Maps
These are the fields you can edit on a Google My Business listings from Google Maps:

Conclusion
Whew! So now that you know what to call it, where to find it and how to edit it, what are you waiting for? Now try to rank it! 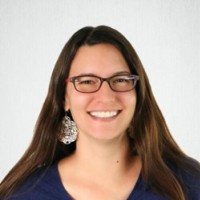 Dani Owens is the owner of Pigzilla. She has been working in the digital marketing space since 2011. As a local SEO consultant for SMBs and white label SEO provider for digital agencies, she fills her time by designing and implementing comprehensive local SEO programs for single location, multi-location and service area businesses.

Read more about Google My Business

Everything You Need to Know About Google My Business Posts

Why Google Reviews Are Important