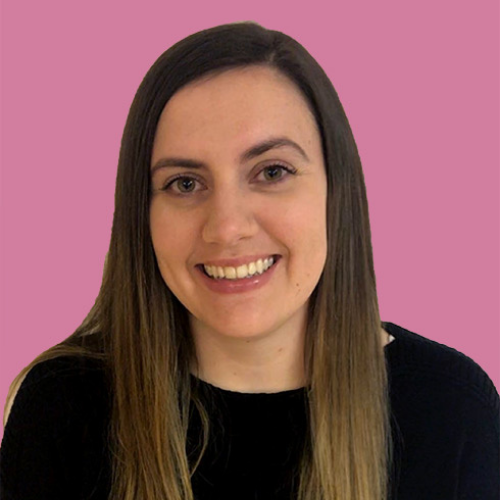 How to Schedule More Customers with Bookings

The Booking feature, also known as Reserve with Google, allows businesses to integrate specific supported booking systems with their business profile, which gives customers the ability to make an appointment directly from the profile. This feature can get your business more inquiries, leads and bookings – but there are some hurdles along the way.

Reserve with Google launched in December 2016. It was available for fitness classes only in Los Angeles, New York City and San Francisco. At the time, Google had partnerships with just a handful of third-party scheduling providers. In this very limited release, the booking function was offered through a Reserve with Google site.

By October 2017, Reserve with Google integrated into the Google Business Profile Manager (dashboard), allowing business owners to sign up with a scheduling partner and adding a booking button to their profile.

A year later, in October 2018, Reserve with Google made its way to the Local Pack with “Book” icons, giving the feature prominence outside of branded search results. Blumethals.com covered the update in two segments of a “who the f knows” series on October 23 & 24, 2018.

In October 2020 in the wake of COVID-19, Google added video integration for some businesses, so they could offer online classes via Zoom, Google Meet and other similar services.

Google provided this information (via Greg Sterling, shared in the Local Search Forum):

This functionality is a further extension of our online services announcement earlier this year. Merchants can already note on their Business Profiles that they offer virtual services and add links for booking online appointments. We’re testing some new functionality to help merchants easily get started with video conferencing providers so they can begin offering virtual services. There’s no change to what’s displayed on the Business Profile.”

According to the latest help guide update, approved scheduling partners for online services are Booksy, Regis, and Wellness Living. Your scheduling provider may apply fees for bookings made through Google.

Who is eligible for Reserve with Google?

There are currently six verticals Bookings is available for: fitness, beauty, dining, financial services, local services and shopping. Fitting into one of these verticals does not guarantee you’ll be able to use this feature though.

In our test, we found similar businesses in other cities with the Booking feature so we used the GMB Spy chrome extension by George Nenni to quickly identify the categories used and added the relevant categories missing from our test.

The Booking feature became available in less than an hour of adding the missing categories and it didn’t even have to be our primary category. But be careful, you want to make sure you’re still adding relevant categories to avoid category dilution.

Google has a form you can complete to request this feature. Good luck with that.

Bookings are available through 159 Reserve with Google partners with over 100 more coming soon.

How do searchers interact with the Booking feature?

On your business profile, the Booking feature adds a new and prominent call-to-action button. The call to action in this button is location and category dependent, determined by Google and cannot be edited by the business. The button appears in Search, the Local Finder and the Maps app.

See it in action here:

In addition to any email notifications you set up with your chosen scheduling partner, Reserve with Google will send a 24 hour reminder email and modified/cancelled booking emails.

The Booking feature enables the Schedule icon and button that can sometimes be seen in the local pack. Enabling this feature doesn’t always add this icon when your business appears in the local pack though.

What does the Booking feature look like in the Profile Manager?

Before it’s set up, if available to you, you will see a Bookings tab in the navigation. You’ll see which partners are available for your category.

Once Bookings is enabled, your scheduling partner will sync information to your Profile Manager. Charts include Bookings, Bookings revenue, Customers and Most popular services.

When a searcher books with your business, the information appears almost immediately in the Booking tab.

The Challenges of Bookings

Even if your category triggers the Bookings feature, there seems to be some incompatibility between the business vertical and some of the scheduler options.

Here, a moving company’s options to use the Booking feature include Hornblower Cruises & Events:

While looking for businesses to test Bookings on, I spoke with Support staff at several popular booking companies and was told they either used to be a partner and pulled out or didn’t partner because Google can’t support all their features:

And there are of course concerns about when and how Google could monetize this feature. For now, it usually (not always) requires a “Pro” or paid plan with a scheduling partner to enable Bookings.

A limited number of scheduling partners have shared that they estimate 50-75% of Bookings customers are new.

One scheduling partner, MyTime, also estimated that 40% of bookings were made after hours as the option to self-schedule was now available.

Another partner, TimeTrade, said Bookings cut the steps to convert in half (but remember this simplified sign up may not get all the custom information you need).

A simplified booking process with less steps means they don’t feel like they’re wasting time. When a customer can see all the available service types and availability, they have more choice.

A 2021 study by GetApp found that 59% of those surveyed find scheduling by phone frustrating and 95% said they were more likely to choose a new service provider if that provider offered online booking.

How to Set Up GMB Bookings

Be really thoughtful when choosing this tool though, it will be your calendar for all online bookings. You don’t want to get into two systems if you already have one – using a Reserve with Google partner allows you to use the Bookings feature and automatically sync appointments made through Google and your website.

If you have the Booking feature, test it out! While there are many barriers to entry and the set-up process can take some time, you’ll stand out from the competition, take your profile optimization to new heights, and give searchers a new reason to book with your business.

Need a helping hand with your Google Business Profile Management? Get our experts to manage your profiles, create weekly Posts for your business, optimize your profile, fight spam, and help enhance your business’s local SEO.

This information was originally presented at the 2021 Whitespark Local Search Summit. If you want to watch all of the presentations from the event, plus our 2020 event you can purchase our Video Bundle!

Google My Business conversion rate optimization (CRO) is important in Local SEO. We’re sharing the top 10 CRO tips you need to be using on GMB to get more local leads from your business profile.

What is a Google Guaranteed GMB Listing and How Do I Upgrade My Profile?

Google is testing paid upgrades to GMB listings to include the Google Guaranteed badge. We teamed up with Tom Waddington to learn more about this new service and get answers to all your questions.

Previous Section
Anatomy of a GBP
Next Section

Get Local SEO tips, strategies, and news by email.