You may know that some local-business directory sites “feed” reviews to each other. That is, a customer writes a review of your business on one site, and later that review also gets published on other sites.

You know how this works if you’ve seen my Local Business Reviews Ecosystem for the US.

But the “reviews ecosystem” isn’t the same everywhere.  Different countries have different directory sites that list local businesses.  Which means each country has a unique mixture of sites that customers can visit to post reviews of businesses they like or don’t like.

Canada has its own lineup of reviews sites – and therefore also has its own reviews ecosystem.

Any business owner who wants better local rankings (particularly in Google) and wants more local customers needs a review-gathering campaign.  But you only have a finite number of customers, and inevitably not everyone you ask will end up writing you a review.  So you want your reviews to count.

One way to get the most local visibility out of your reviews is to ask your customers to review you on sites that feed reviews to other sites in your country.

If you own a business in Canada, the first step to getting the most “bang” out of your reviews is to know which review sites in Canada will spread your reviews farthest across the Web.

I give you the Canadian Reviews Ecosystem:

There are a few conclusions you can draw just from looking at the Ecosystem (especially if you compare it to the one for the US):

1.  YellowPages.ca is huge.  In the Canadian Ecosystem, YellowPages is the big slobbering bull moose.  But instead of feeding on every plant (or unlucky hunter) in sight, it feeds other sites.  By my count, it feeds reviews to as many sites as Yelp does (4), but those sites include still-important Yahoo as well as CanPages.

Also, as David Mihm notes, YellowPages.ca is the #1 most-important citation site in Canada – so important that, as he points out, some Google+Local listings say “Business Listings Distributed by YellowPages.ca.”

You can also see this in David’s “Local Search Ecosystem in Canada” graphic (which, as you probably noticed, is kind of a big influence on the layout I’ve used for the Reviews Ecosystem).

2.  Yelp reviews are important in Canada, as they seem to be everywhere else.  3 of the review sites that Yelp feeds seem to be pretty small fry (at least I’d never heard of them before), though having good reviews fed to those sites may bring a wee bit of extra exposure to your business.  Plus, Yelp’s partnership with Apple Maps will make Yelp reviews a lot more “contagious.”

3.  The Ecosystem in Canada isn’t as complex (i.e. horribly tangled and messy) as it is in the US.  One reason simply is there are fewer sites that actually feed reviews to other sites.  That’s obvious if you just compare the numbers of green arrows.

But I also noticed a bunch of sites that neither fed reviews to nor received reviews from other sites.  This was the case with 411.ca, Brownbook.net, FindHere.ca, ShopinCanada.com, WikiDomo.com – which is why I didn’t include them in the Ecosystem.

4.  WebLocal.ca gets reviews from all over the place.  It’s the online equivalent of a hot dog – formed by a zillion different animals and ingredients being mashed together.

To put it another way, it’s a collector but not a feeder of reviews.  (In this way it’s the same as its US counterpart, YellowBot.com.)  Therefore, I’d say it’s probably not the first place you should ask your customers to review you.

But for all I know WebLocal may get a ton of traffic – in which case it would be doubly worth getting reviews on the more-prominent “feeder” sites and making sure your WebLocal.ca profile is accurate and beefed-up with info on your business and services.

5.  In home-improvement industries HomeStars.com reviews are key.  It’s a Toronto-based site, and although it also lists US businesses, it’s pretty focused on Canadian businesses.

I was surprised at the sheer numbers of reviews on HomeStars – more specifically, the number of businesses that had hundreds of reviews apiece.  It also seems to be the only site that feeds N49.ca and GoldBook.ca (which themselves are prominent sites).

A few points that may not have jumped out at you from the Ecosystem:

The key takeaway is this: if you have a business in Canada, try to focus on getting reviews on YellowPages.ca, Yelp.ca, and Google+Local (and also on either TripAdvisor or HomeStars, depending on your industry). 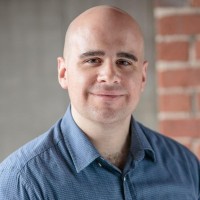 Phil Rozek calls LocalVisibilitySystem home. But he's a familiar face here at Whitespark - especially since we rolled out our LocalSpark program. He's a regular contributor to the annual Local Search Ranking Factors study at Moz and has spoken at events like SMX East, State of Search and MN Search.