Can You Use a Call Tracking Number in Google My Business?

Using a call tracking number for your local citation listings was a hard no in the past. Especially when it came to maintaining citation consistency in the local search ecosystem. The risk of creating bad data and having a messy citation profile was not worth the tracking efforts. But, did you know that this isn’t a cause for concern anymore? It is safe, and even recommended, to incorporate a call tracking number on your Google My Business listing, as long as you do it the right way.

In this first edition of the Whitespark Local Insider (formerly the Weekly), Darren discusses how to add a call tracking number to your GMB listing, without having the stress or worries of creating a citation inconsistency problem.

Welcome to the very first Whitespark Weekly. This is going to be a new video series that I’m producing, and every week, I’m going to come up with a really quick video that gives you some information on one local search tip or tactic for a specific topic. The production quality on this first one is going to be pretty basic, but in the future, maybe I’ll step it up with better lighting and some kind of space backdrop or something. But, you’ve got to start somewhere. If you’ve ever seen Rand Fishkin’s first Whiteboard Friday, you can see where he started and where they’ve come to now. I’ll post a link to the first Whiteboard Friday in the show notes. It’s pretty entertaining to watch now.

But, yeah, this is where I’m starting, and the very first topic I want to talk about is: Did you know that you can use a call tracking number on your Google My Business listing?

You totally can. It’ll work, as long as you do it in the right way. I’ll give you an example of how we did it.

So, we have this legal client, and they were ranking very well in the local pack, but it was their practitioner listing that was ranking. This is not that specific example. This is just another practitioner listing that is ranking. In this case, the phone calls that the business was getting on this listing were going right to the lawyer’s desk. He didn’t want that. He wanted all the calls to go to the front office where the reception could answer them. They were happy to get all those calls coming in, but they just needed a better way to manage them.

What we thought we would try is, we would edit the listing in Google My Business, and we would edit the phone number. All we did is, we replaced the primary phone number with the office line, but then we put his desk line number in as the secondary line under ‘Additional phone’. So, what happened was, we did that, we made the change, and the main phone number on the listing was now the main office line, and all the calls were going to the right place, and his rankings didn’t change at all. There was no problem at all with their rankings.

So, that was a big success. We even took it to the next step where we then also changed his business name. Instead of it being his practitioner name, we changed it to the business name, and that stuck as well.

Get help perfecting and expanding your local business listings with our Listings Service. Get our experts to optimize your listings and cleanup any incorrect business information on the sites that matter most.

How to Add a Call Tracking Number to a GMB Listing

You can put the call tracking number in the ‘Primary phone’ field, and then, in the first ‘Additional phone’ field, put the real business phone number. That will make sure that all your business listings stay connected with the GMB listing, and you shouldn’t have any citation consistency problems.

Taking that another step, it really raises the question, can you use the same concepts if, let’s say, you know the business has had a couple of other phone numbers they’ve used in the past, and you’ve got business listings out there that have the old phone number?

Well, it’s an interesting thought, that you’ve got your primary number up there, and then in the secondary numbers, these two spots… if only Google gave you more. There’s only two additional spots, but you can put the most frequently used other phone number into spot one, most frequently used other phone number into spot two, and still keep all your citations connected to your GMB listing. It’s almost like a quick fix for citation audit and cleanup if you know you just have those phone numbers.

This is probably a good tactic that any business could use to potentially pull in more citations, give themselves a little bit of a prominence boost. But more valuable, I think, is just using this idea, this concept, to use a call tracking number on your Google My Business listing. And we’ve done that with another client, also a legal client, and doing the call tracking thing there was no problem at all with their rankings.

So, that’s my first tip. This is my first Whitespark Weekly video. And I hope that you got some value out of it, and I hope you’ll join me next week for another one of these.

All right. Thanks, everybody. See you later.

Ensure citation consistency and listings on the sites that matter most for your business with Whitespark’s Listings Service. 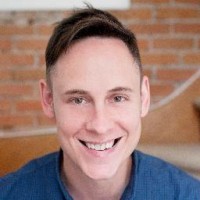 How to Rank Your Website for More Keywords with Service Pages

Do Service Areas Impact Rankings for Local SEO in 2023?

How Often Should I Update Content for SEO? Free Freshness Distance Calculator

55 comments on “Can You Use a Call Tracking Number in Google My Business?”